With 250,000+ registrations and brands like Viacom, CES and TNW using their .tech, .tech has rapidly established itself as the defacto TLD of the tech industry.

Apart from registrations, .tech has been in the trenches and has been working very closely with the tech community – startups, incubators, hackathons, influencers, conferences and more! 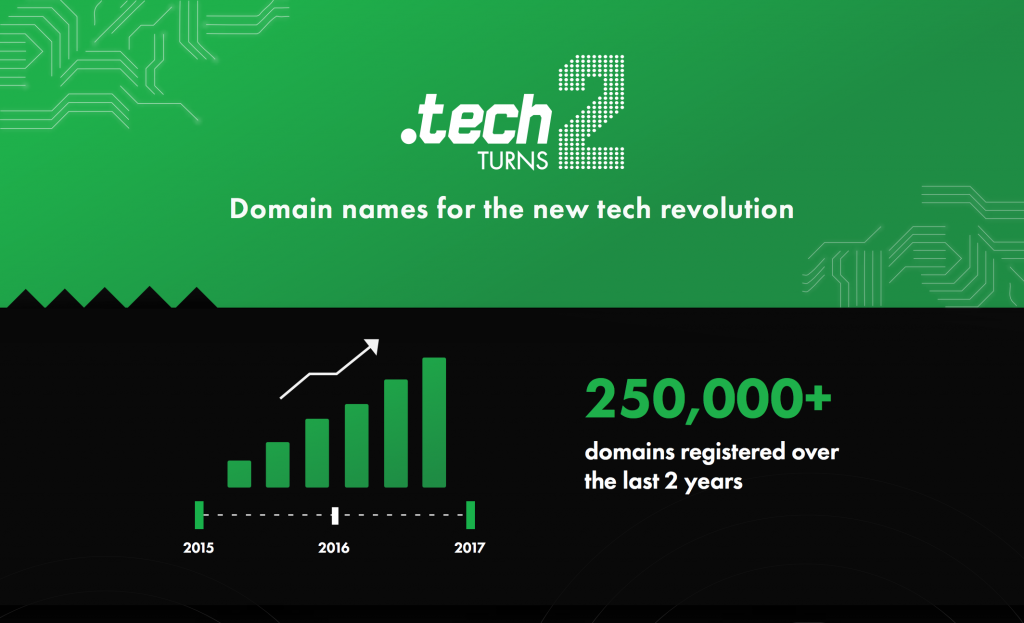 Here is a snapshot of the .TECH journey:

The linked PDF contains an infographic with much more details.

Web4Africa is an Accredited .TECH Registrar and is currently offering .TECH Domains at $5 for the first year, till 31st October 2017.