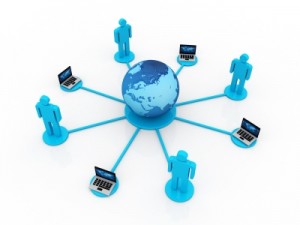 A few months ago, I had the privilege of discussing in-country hosting with the CEO of Web4Africa. He informed me he was about to start offering hosting accounts in datacenters here in Lagos.

I’ve always been a proponent of internet performance and one of the major issues with the performance of internet applications is that of latency. Latency is the amount of time it takes for you to send a request and to get a response. Back in the days when all the Internet access we had in the country was via satellite, it was not uncommon to have round trip times of 3000ms and above (i.e. you send a packet to a server and you only got the acknowledgement 3 seconds later). This was okay back then when Internet traffic was mostly bulk data transfers. These days, you deal with applications that require sub-second response times (hello the realtime web) and latency has become an all too important factor in the drive to satisfy Internet users impatience in getting what the want as quickly as they can.

Web developers have had to rely on web hosting companies with servers hosted in other data centers around the world. At best, our applications couldn’t do better in round trip times of at least 100ms. No longer do we have to put up with this and neither should your users do the same. We now have affordable servers in our country! You can put your development environment now on a server in Ikeja or Victoria Island and work directly from the terminal and have a near realtime experience (it’s as though you were working locally on your computer’s terminal).

Oluniyi gave me early access to his server infrastructure and I’ve been using it for a few months now and my experience has been a somewhat bittersweet one. I assumed that I would ping the server and get at most 40ms (given that I was using wireless Internet, that was an acceptable RTT). My experience was mixed.

Like in other countries, there is a local Internet exchange in Lagos providing peering for ISPs with infrastructure in the state and (like every properly configured data center) the data center that Web4Africa’s local servers are colocated is connected to the local exchange; however not all ISPs are connected or have properly configured routing to leverage the exchange and so on the well engineered networks of some ISPs I would get RTTs of 20ms or even 13ms and on the badly configured or no-peering ISPs, I would have even worse RTTs (200ms) because data has to transit through London before coming back to Lagos. So packets will originate from Lagos, transit through routers in London and then terminate in Lagos again.

I currently only host a local bitcoin node on this development server and the network performance and uptime has been stellar. Web4Africa is a very competent hosting service and I cannot recommend them highly enough. High server specs and solid state drives will ensure that your applications perform at their optimum.

Pricing is not as you would expect when comparing it to foreign providers and the reason is a simple one: the cost structures are different – data center operators have to generate their own power which increase the cost for service providers. Nonetheless, they are competitively priced and if you’re a performance nut like me, then you should definitely sign up and start testing your applications with them. Your users will definitely be happier and thank you for it.

Even though I mentioned worse performance while testing the services from some other ISPs, what’s important to note is that, this will only get better. When sufficient content is hosted locally, ISPs will start to optimize their networks to take advantage of peering arrangements provided by the local exchange.

Written by Tim Akinbo. He is the Founder and CEO of TimbaObjects Company.from Lagos Nigeria.

Note: The high latency on a few networks mentioned above is due to their inactive local peering. Web4Africa is already engaging the management of IXPN for improvement in the user experience.