.za is the domain name system for South Africa. It is split into different categories, with each intended for different uses.

.co.za – intended for commercial enterprises and general use, this is by far the most popular of all .za domains and is registered by individuals, businesses, organisations and government institutions alike. It is virtually the de facto .za domain considering .co.za domains make-up for well over 90% of all .za domain names. .co.za domains are open to registration by anyone around the world, while the others listed below are mostly restricted to the relevant entities in South Africa:

Before 2012, registering .co.za domains was by interacting directly with the .co.za domain registry using an old-fashion email-driven system. Although it was largely automated, it wasn’t without serious weaknesses. With most domain registries around the world migrated to a more sophisticated system called EPP, the .co.za eventually evolved into a more modern registry by coding it’s own EPP-based registry. The registry also switch to a registry-registrar model, with the intention of eventually phasing-out the old registry/registrant model.

The .co.za registry has since accredited over 100 registrars who would interface between the registry and registrants by selling .co.za domains and related services and offering technical support to end users. Web4Africa, accredited in March 2012, was one of the very earliest .co.za accredited registrars.

The new registry platform offers much more functionalities for all involved: the registry, registrars and registrants. These improvements include:

Web4Africa offers .co.za domains to clients worldwide at one of the lowest prices and includes a simple control panel for easy management. A free .co.za domain can be bundled with all annual web hosting plans offered by Web4Africa. 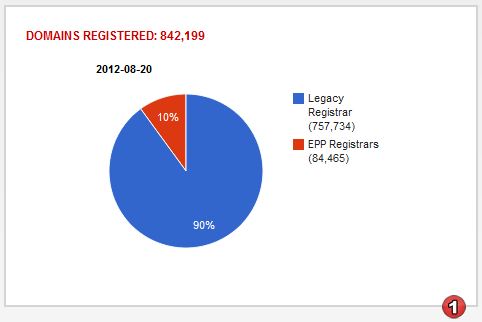 .africa domains are on Promo